360 degree view of the sea in your own home 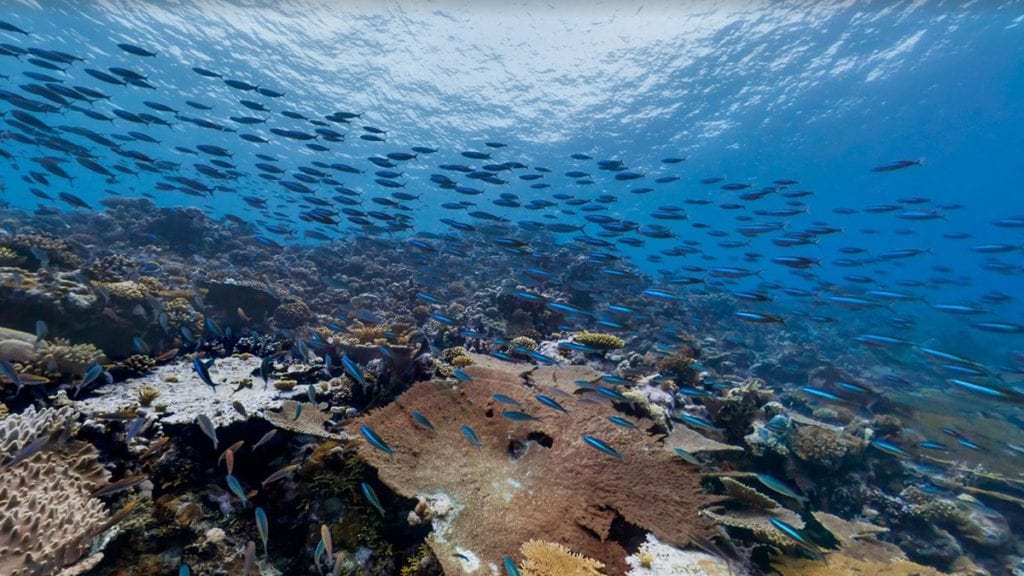 If a Starfish slips off a rock in the middle of the ocean and no one is there to see it did it really happen? The answer YES because the Seaview team have made 360 degree underwater camera, just like Google street view – but for the ocean.

The Sea View team capture gorgeous, immersive, 360° images of all six major global coral regions to be used as baseline data to monitor their swift degradation. We’ve lose 40% of coral reefs in last 30 years, and because of the effects of climate change, it’s not likely to slow down,” said Vevers (Sea view founder). “This will give us an incredible, unprecedented baseline to measure change. These environments will be hit more and more by storms and bleaching events. It’s the recovery that is so critical.”

The Seaview team are the pioneers of underwater 360-degree content- opening a wealth of opportunities for tourism and conservation. They have recently developed new high-resolution
VR project, in collaboration with The Ocean Agency, a nonprofit organization that’s documenting the death of coral reefs worldwide.

Since then, scuba divers have been collecting images from nine sanctuaries across the US. Marine areas off the Hawaiian islands and Monterey Bay. The photos are taken with Sony A6000 cameras mounted on a tripod and enclosed in a waterproof box. Every 60 degrees, a photo is taken, so that they can then be stitched together in post-production to form a 360-degree view.

This innovative media product is also bringing the ocean to places where people may not have had much exposure to it. As the saying goes “Out of sight out of mind” and this is definitely the case for the oceans. People cannot immediately see the degradation or environmental challenges it is facing so this information sharing of 360 degree pictures through VR is a step towards the future in conservation education.