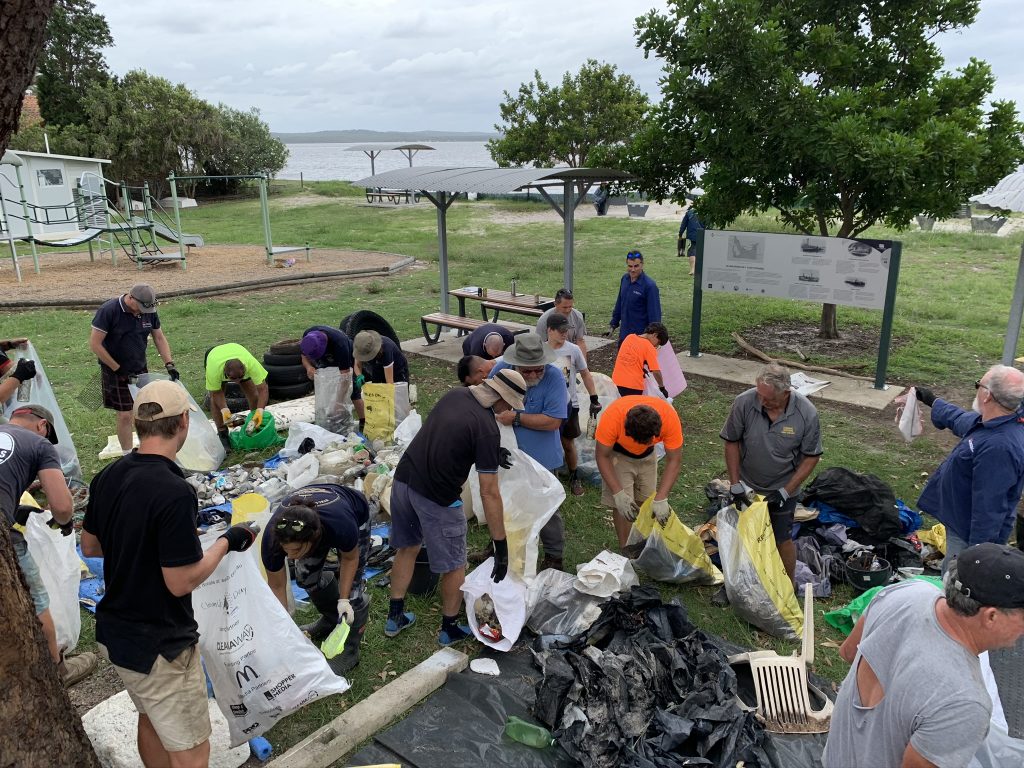 Oyster farmers across the country have come together to help combat the scourge of marine debris in Australian waterways. The inaugural event dubbed ‘Tide to Tip’ began on the 17th of February 2020 and continues into the coming weeks.

While the initiative is being driven by the Australian oyster industry, oyster farmers have taken the opportunity to partner with other concerned groups, including professional fishers, recreational anglers, Indigenous organisations, local schools and other coastal community stakeholders.

To date 17 estuaries have participated in clean-up events in both NSW and QLD, with more clean-ups to come across NSW, NT, and WA. We’ve had an astounding turn out so far with 231 participants and 154 oyster farmers having taken part, collecting almost 11 tonnes of rubbish from Australia’s waterways.

It’s been a mammoth effort by the oyster industry. OceanWatch hopes this is the first of many large-scale clean-ups led by the seafood industry that not only provides a way for fishers and farmers to give back to the estuaries on which their livelihoods depend, but helps to ensure Australian waterways remain pristine and healthy for generations to come.