Hoppers are a practical and efficient sorting device. Sorting the catch is quicker and easier and hoppers keep the target product and bycatch in better condition as they are held in seawater and not exposed to air on the back deck of the trawler. 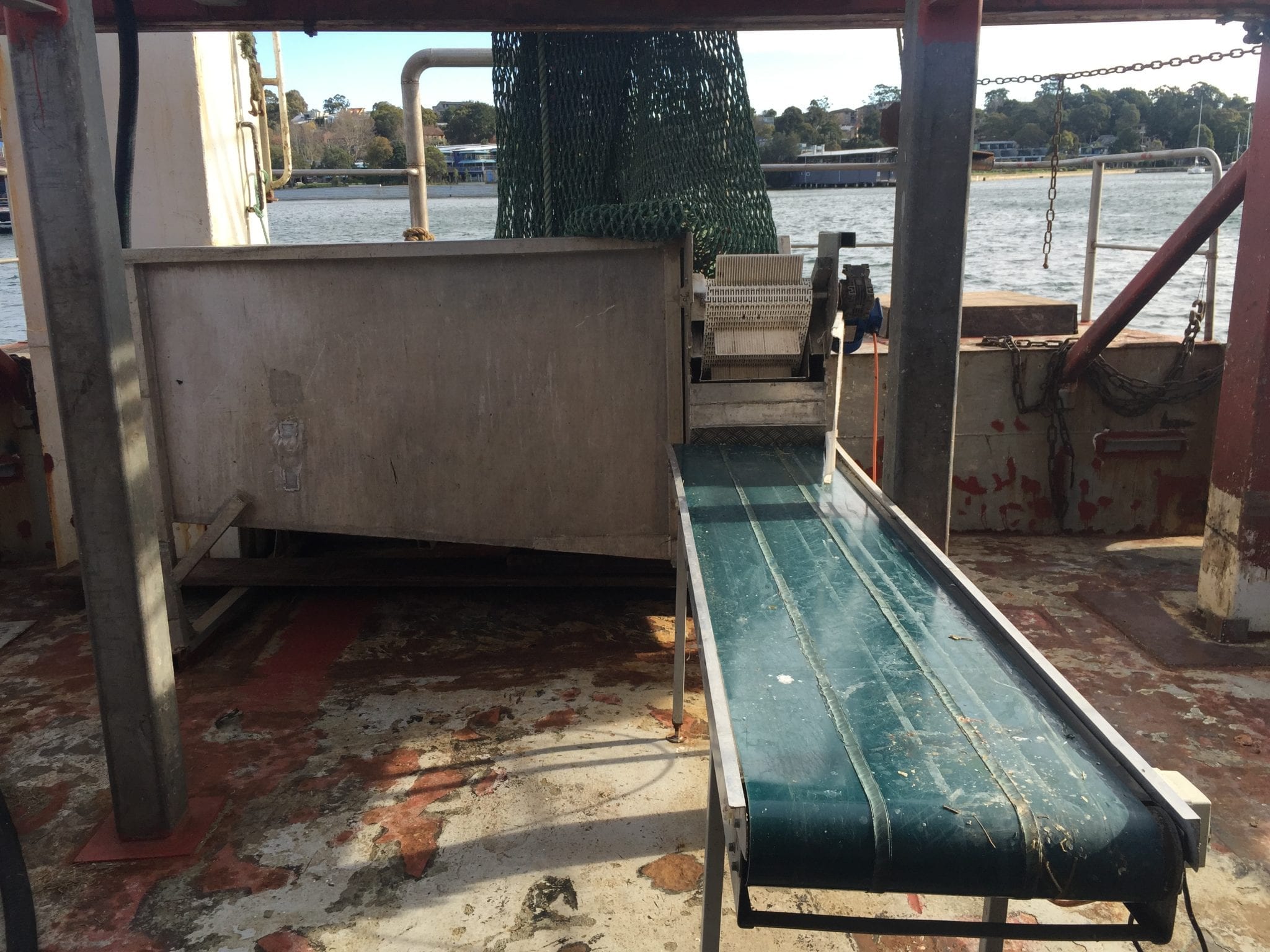 The design, development and installation of hoppers on trawlers in Australia has been an initiative from industry.

Large hoppers were first developed for trawlers in northern Australian waters in the early 1980′s as a means of improving the quality of large catches of prawns that were exposed to the tropical heat during sorting and processing.

By releasing the trawl catch into a container of seawater on the back deck of the trawler rather than onto a dry sorting tray, prawns are not exposed to air and can “rest” in the seawater after the stress of capture. This allows the prawns to return to their normal colour and to hold their freshness while waiting for sorting, therefore providing a higher quality final product.

Along with improved product quality, hoppers have also improved processing efficiency. The use of a hopper therefore, provides strong economic benefits and as a result, have now been installed on a large number of prawn and scampi trawlers that operate in Australia’s northern waters.

Hoppers are also used in other temperate and southern Australian prawn trawl fisheries, although their uptake has not been as widespread and to date, has mostly been limited by the size of the vessel and cost of the hoppers. A number of vessels in the Scallop Fishery and Pilbara Finfish Fishery in Western Australia, Stout Whiting Fishery in Queensland and the Finfish Trawl Fishery off northern Australia have also adopted large hoppers. Small hoppers are also used in NSW Estuary Trawl Fisheries.

For copies of the handbook “Hoppers in Australian Trawl Fisheries” contact OceanWatch Australia.