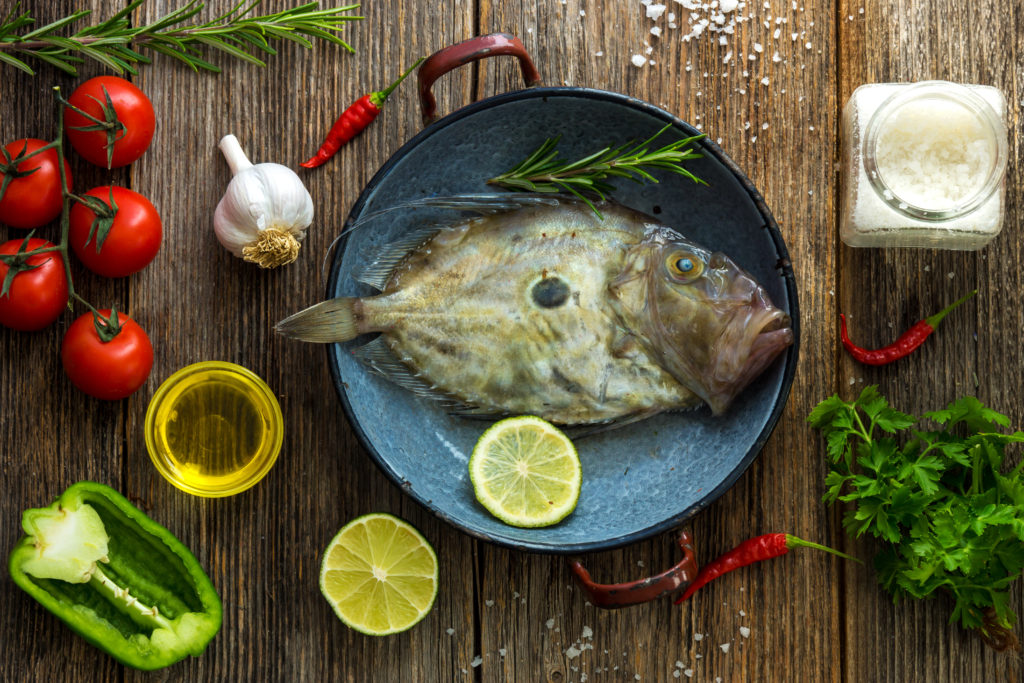 Every week we bring to you a #Sustainablefish of the week today we feature Zeus faber, or better known by its common name of John Dory. It is listed as Fully Fished by the Department of Primary Industries which means the current catches and fishing pressure are close to optimal.

John dory have highly compressed plate-like bodies with large heads and large mouths. They are silvery to olive-green, with a blue-black spot surrounded by a yellowish ring on each side of the body.

They live up to 15 years close to the sea bed in coastal and continental shelf waters. They can be found to depths of 200 metres. John dory are considered to have a locally patchy distribution and use a variety of habitats including open sand, muddy grounds, rock structures and reefs.

Reproduction: John dory reach reproductive maturity at 3‑5 years of age. They are known to spawn off the coast of New South Wales in late summer and autumn. John dory spawn multiple times during the spawning season. Fecundity has not been estimated, but is thought to increase with body size.

You can meet some of your local Australian Fishermen here and learn about who is catching John Dory and where.