The young future of sustainable fishing

As the sun rises over the early morning silence of the Hawkesbury River and the clouds reflect off the perfectly still water, you might mistake this place as some sort of heaven. For young Paul Aquilina and his best mate Skipper it might as well be.

When the thoughts of a fisherman comes to mind you might imagine an older man with leathered skin and a sailors mouth to pair but this is a different generation Paul is tech savvy, bright, energetic with charisma and passion about what he does.

At the age of 15 Paul got his first taste as a deckhand, although unpaid he said “They would take me on tucker run’s as they called them” where he would work for food on a fish trawler. Fast forward 7 years and Paul owns 4 of his own boats working 13 hours a day earning a great living whilst other young people slave away at Mc Donald’s for minimum wage – not bad for the so called lazy Gen Y generation.

Paul says” I don’t feel like I go to work I’m living the dream being out on the water its relaxing, keeps the stress away and bonus is I get to see the sunrise every morning”.

Paul thinks of his job as a bit of an adventure and has his four boats Light Fingers (Prawn Trawler), Skipper 2 (Mesh net for fish), The Rebecca (Eel trapping) and Tinny Mc Tin Face (Hand line fishing) aptly named in inspiration of Boaty Mc Boat Face the victim of the National Environment Research Council decision to put their research ship naming to public vote. All jokes aside, Paul’s boats are purpose built for specialised fishing, with Paul switching it up throughout the day depending on his luck.

His Instagram account @nipper_eel_boy is littered with picturesque settings and photos of him and first mate Skipper the lovable Boarder Collie cross Cattle Dog, but this is not just a personal feed of content it also represents a new attitude amongst younger fishers to present their industry in a more positive light.

Paul is also serious about caring for the local area he fishes in and has also completed his Master Fisherman Course that educates fishermen about sustainable fishing practices and how to be a good fishing community member. Pauls Master Fisherman Profile, click here find out more about him.

It’s re-assuring to know that young people like Paul exist and will continue on the legacy for many years or generations to come.

Paul and his BFF Skipper 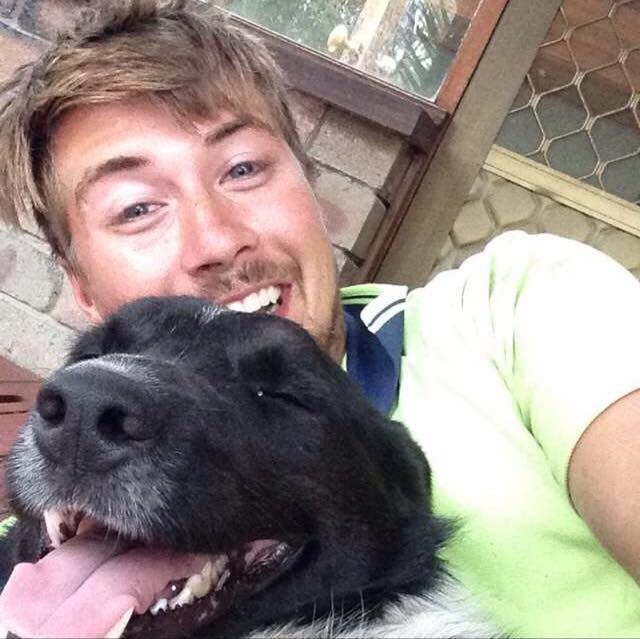