Why are Seagrass meadows underwater heroes? 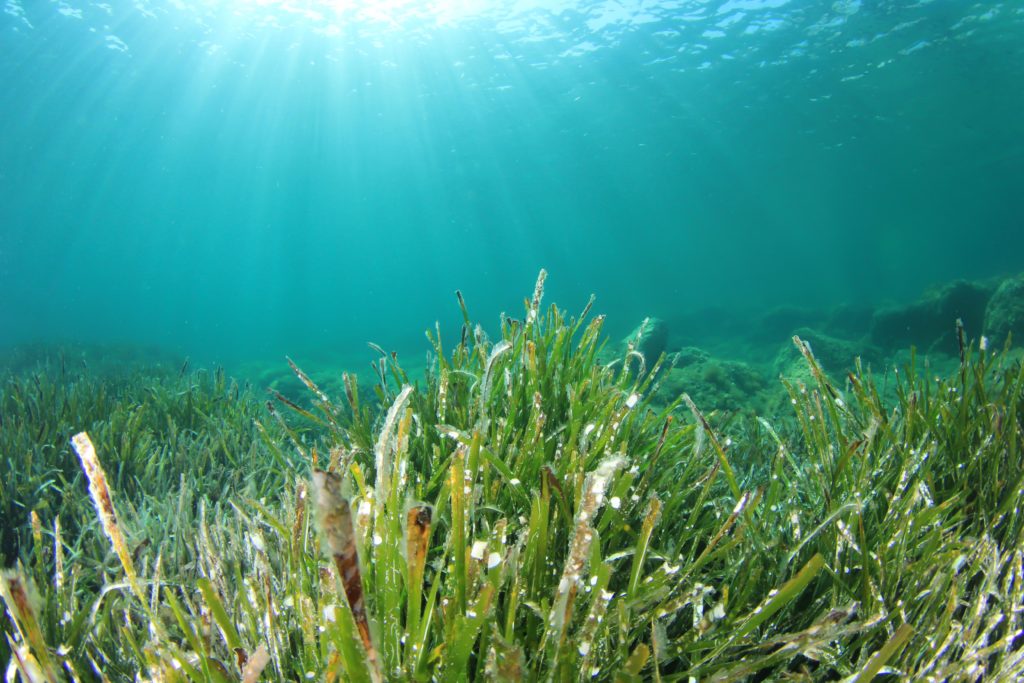 Seagrass meadows are the most widespread coastal ocean ecosystems in the world. Research now finds that these plants can reduce disease-causing bacteria such as Enterococcus in the surrounding seawater by up to 50%. What’s more, coral reefs also show a 50% reduction in disease when seagrasses live nearby.

Sea Grass meadows are the nurseries of the sea that shelter young animals, and provide permanent homes for creatures including Dugongs, Sea Turtles fish, crabs and shrimp. The plants are also superstars when it comes to carbon sequestration utilizing light energy and carbon dioxide to synthesize their own food, which allows them to grow and reproduce.

Seagrasses can form dense underwater meadows, some of which are large enough to be seen from space. Although they often receive little attention, they are one of the most productive ecosystems in the world.

Seagrasses are in trouble

Seagrass is a particularly fragile habitat that is has become under threat from dredging, anchor damage, human interactions and pollution. Several innovations have been trialled to reduce human impact including Sea Grass friendly moorings that elevate boat anchors off the sea floor to avoid chains dragging over the delicate meadows.The commercial fishing industry in NSW have also restricted access to areas with large amounts of seagrass particularly the Broad Leafed Ponsidonia.

Now you know how awesome seagrass is remember to take care with boat anchors and stepping on these shallow water plants. You can also check out the work being done to rehabilitate these important plants.