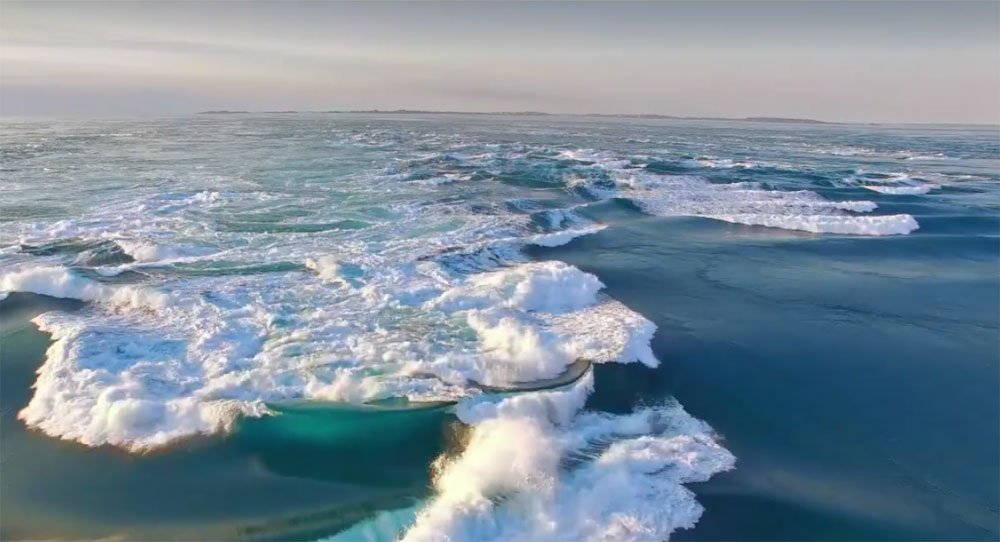 These are some insane tidal bore waves in the Kimberley Region of Western Australia. This video was posted to the Facebook page, Fishing Australia TV. “35 kilometer-per-hour tides, 40-foot standing waves,800-meter whirlpools that are 100 feet deep,” states Fishing Australia on its page.

A tidal bore is a rare natural phenomenon in which an incoming tide creates a wave of water that travels up along a river or a narrow bay causing water to flow against the river’s current. Tides are caused by the combining gravitational pull of the sun and the moon in relation to forces created by the spin of the earth.

Not all coasts feature tidal bores. In fact, there are few places where tidal bores occur. The river must be fairly shallow. It must have a narrow outlet to the sea. However, the estuary, or place where the river meets the sea, must be wide and flat. The coast’s tidal range—the area between high tide and low tide—must be quite large, usually at least 6 meters (about 20 feet). When all of these conditions are met, a tidal bore is formed.