Waste from the wine industry is being developed into aquaculture feed 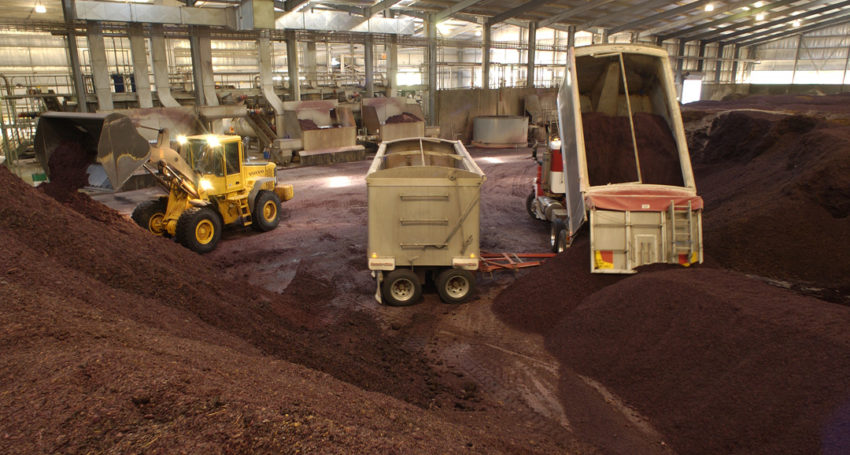 No longer do we need any more excuses to open another bottle of wine, because thanks to the great people at the South Australian Research and Development Institute (SARDI)and Barossa Valley company Tarac Technologies wine waste is being used to make aquaculture feed even more sustainable.

The research has so far produced a cheaper, better performing food source for the farmed abalone industry made from grape marc. Steam distilled grape marc, ,is the heat-treated skins, pulp, seeds, and stems of grapes left over after wine is made. Once known as a waste product, Tarac Technologies is turning grape marc into a range of value added products ranging from grape spirit to stock feed, grape seed extract, grape seed oil and soil improvers.

With 130,000 tonnes of the waste marc being converted every year the sky is the limit for this particular material considering the vast quantities of wine produced and consumed around the globe, so you can finally tell your friends drinking wine is good for the planet too.

A six-month trial of a test feed produced by Aquafeeds Australia containing 20 per cent of Tarac’s steam distilled grape marc, registered as Acti-Meal, is set to begin at an abalone farm in November after successful lab trials in Adelaide last year.

During the three-month lab trial, greenlip abalone fed on an experimental formulated diet containing 5-20 per cent Acti-Meal outperformed the other abalone in Food Conversion Ratio, which is the amount of food given compared with the amount of weight gained.

The abalone on the grape marc diet showed a 6 per cent improvement in biomass gain and a 2.9 per cent increase in shell growth rate, and had a 100 per cent survival rate.

Tarac Technologies CEO Jeremy Blanks said the Acti-Meal product was originally developed for agriculture as a feed source for cattle, sheep and pigs.

He said it was the first time he was aware of that wine industry by-products had been used in aquaculture feed.

“We’re interested in testing Acti-Meal for barramundi and silver perch feeds and we’ll run the diets in the lab to see if it works, and if so, then approach the growers and feed companies to organize an on-farm trial,” Assoc Prof Stone said.

“If it works with barramundi it may work for trout, salmon, kingfish and a whole range of other carnivorous species.”

What is most exciting about this research and development is the opportunity in terms of volume is undoubtedly into export, particularly into Asia and the work we’ve done with SARDI suggests that is if it is successful with abalone then than is a good indicator for its potential for some of the fin fish varieties and that would be the next step.”