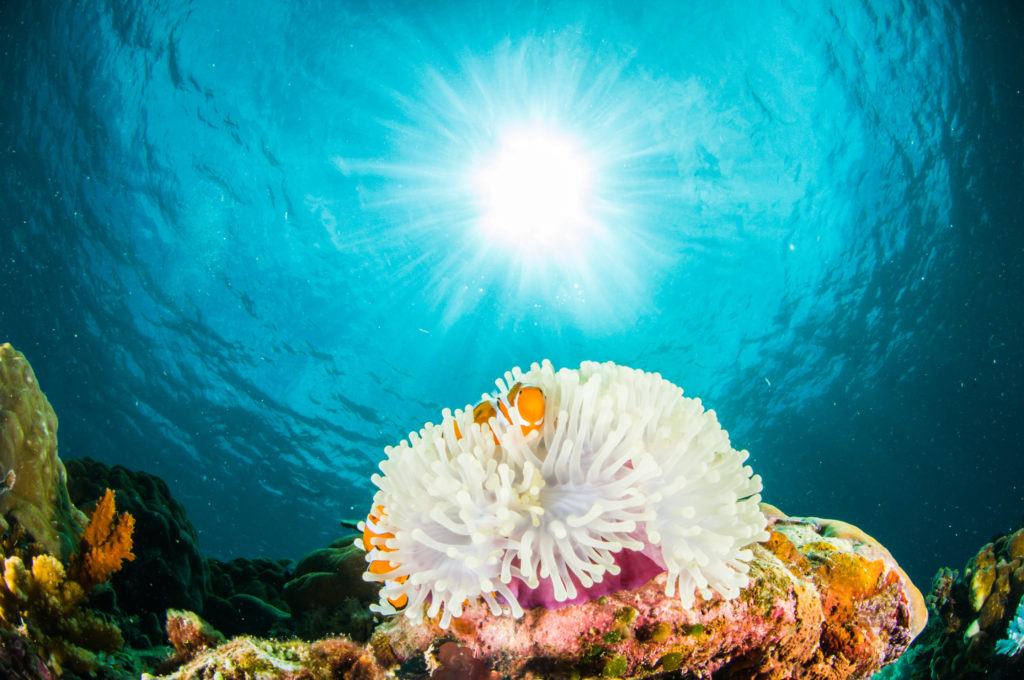 It is no secret the Great Barrier Reef has suffered greatly through the harsh Australia summer this year with the most significant bleaching event on record taking place right on our doorstep, but could Cyclone Debbie change that in the coming days? Fingers crossed!

A cyclone is a warm-core, low-pressure system that develops over tropical or subtropical waters. Most cyclones form a trough of low-pressure, over ocean surface creating temperatures of 18° Celsius and above. Corals live optimally in 23°–29°Celsius but this year the Great Barrier Reef has suffered through unusually hot sea temperatures causing mass bleaching.

While there is often a perspective that cyclones are only destructive and disastrous events, they also provide ecological benefits to tropical and sub-tropical environments. Rainfall gives a boost to wetlands and flushes out lagoons, removing waste and weeds. Cyclone winds and waves move sediment from bays into marsh areas, revitalising nutrient supplies. While there is always the potential for mechanical damage, coral reefs can also receive benefit from cyclones during the warm summer months.

Here are three ways Cyclone Debbie could alleviate the thermal stress on the Great Barrier Reef however this is not guarenteed and only long term data will serve the truth.

2. The clouds of a cyclone shade the ocean surface from solar heating allowing the water to cool reducing light stress.

3. Cyclones absorb energy from surface waters through the transfer of heat, resulting in evaporative cooling . The magnitude of the cooling is related to the intensity and extent of the cyclone.

For the sake of the reef we do hope Cyclone Debbie can bring some relief to the area as it has been a challenging time for scientists,locals and its inhabitants.

Professor Terry Hughes brought clarity to this conversation about #CycloneDebbie after the publishing of this article.

Unfortunately, Cyclone Debbie came a month too late and in the wrong place to prevent bleaching on the central & northern #GreatBarrierReef https://t.co/pEKnlERZ1g

Professor Terry Hughes is the director of the Australian Research Council Centre of Excellence for Coral Reef Studies, he recently told the Guardian Australia that the effects of Cyclone Debbie would not prevent further mass bleaching events, as the most severe damage this year had occurred north of her path.

“Cyclone Debbie has come a month too late and in the wrong place to prevent mass bleaching,” he said.

Below is the map of the results of aerial surveys of bleaching on the Great Barrier Reef in April 2016.

I showed the results of aerial surveys of #bleaching on the #GreatBarrierReef to my students, And then we wept. pic.twitter.com/bry5cMmzdn